The network switch in computer networking is considered an essential building block for any network. It helps in connecting devices and sharing information with each other.

A network switch is needed to support businesses, communication, and entertainment.

The primary function of the Ethernet switch is to create a local area network (LAN) of interconnecting devices.

It is good to know different types of switches, which lets you know the differences in speed and configuration.

Also, it allows you to give better control over data, devices, routers, and access points.

Let’s look into what network switches are and their different types.

Also, learn how to choose the right network switch for your business and networking needs.

What is a network switch?

A network switch is a device that allows devices to connect with each other and enable the transfer of data packets over the cable network.

Moreover, the network switch can be your hardware device used in developing physical networks, and it can be in-built software-based virtual devices.

Network switch processes data packets and routes the traffic to the intended destination.

It supports a network that consists of physical servers and computers that host virtual machines (VM) and allows a good amount of traffic.

The network switch in OSI Model

A network switch operates in two-layer of the OSI model

You will find that the network switch is separated as layer 2 and layer 3 switches.

The layer 3 switch combines traditional Switch and routers and is deployed into a single hybrid device for the enterprise network.

The Layer 2 switch is also known as an Ethernet switch that helps connect devices using an Ethernet cable.

The Ethernet cable is a physical cable whose two ends are connected to Ethernet ports.

The transmission mode in the network switch is in full-duplex mode, which means that data communication can occur in both directions.

The network switch also has error checking capabilities, but data transfer would be delayed due to data collisions.

How does the network switch work? 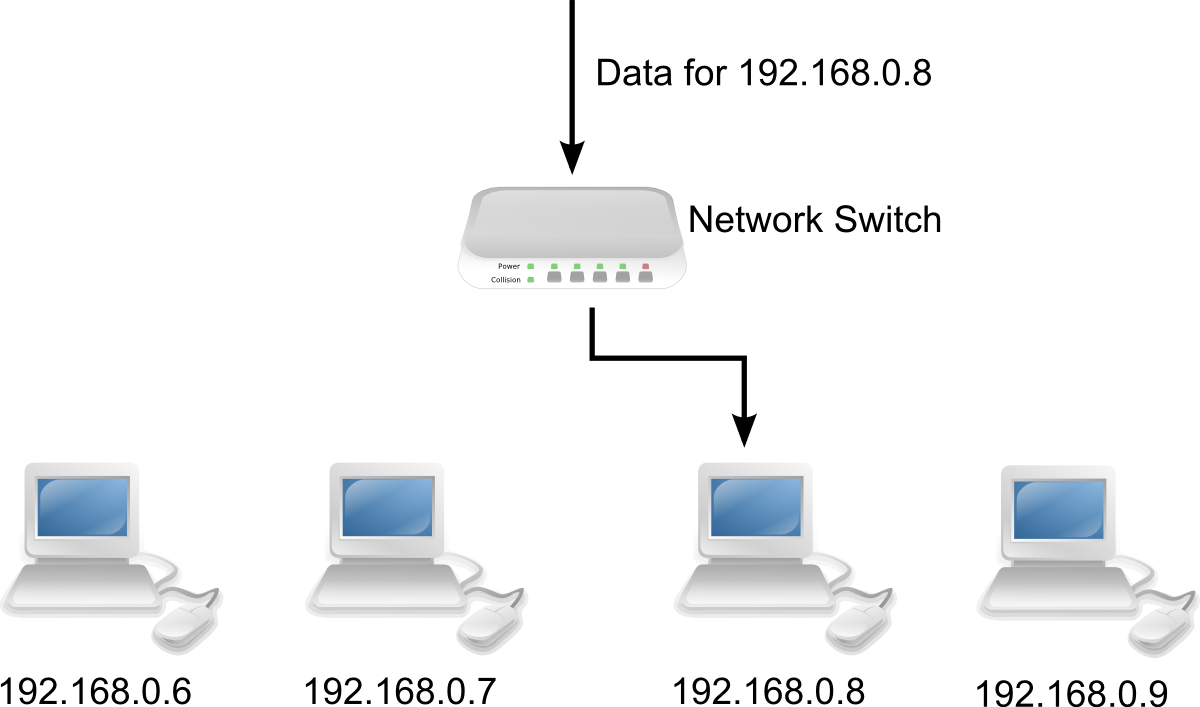 The network switch connects multiple devices to send and receive data packets from one device to another.

The network switch will take note of the MAC (Media Access Control) address, which is embedded in the device’s network interface card (NIC).

The network switch will identify the device sending the data frame through its MAC address and read the destination address.

The layer 3 network switch identifies the device’s IP address, which is assigned dynamically to a device and changes over time.

The Switch will read the packets header when data packets reach the network switch.

For instance, computers A, B, and C are connected to ports 1, 2, 3 of the Switch’s Ethernet ports.

When the data arrives from computer A connected to port 1 will first match port 1 with computer A MAC address.

After that, it will know the destination MAC address and the port number.

The Ethernet switch will match the MAC address with a port number then forward the data traffic to the port number.

The data traffic reaches the port number and forwards the data to the destination computer.

The CAM (Content Addressable Memory) table is stored in memory and will disappear after the network switch is turned off or rebooted.

When the network switch is restarted, it will read and learn the connected devices’ MAC address before sending or receiving data.

A network switch is divided into many types depending on the Switch’s size, device count, speed, and bandwidth required by those connected devices.

The home network or small offices required not more than 4 to 8 port network switches. But, the enterprise needs a network switch of up to 128 ports.

The size of the Switch can be smaller, which can be embedded inside a desktop computer.

The large size switch can also be rack-mountable, which is helpful for data centers or servers. The size of the rack-mountable Switch varies from 1u to 4U.

You will also find a network switch that supports a network speed of 40/100 Gbps.

Let’s look into different types of Switch and their capabilities.

Unmanaged Switch is the most basic plug-and-play network switch that requires no configuration.

Further, the unmanaged Switch will automatically negotiate the configuration needed to start communication between Ethernet devices.

It will automatically set up the data speed and Switch between full-duplex and half-duplex mode.

An unmanaged Switch is the best if you need a network switch that can perform essential functions and maintain network efficiency without any configuration.

Further, the Unmanaged Switch is relatively inexpensive, but it is not suitable for enterprise usage. 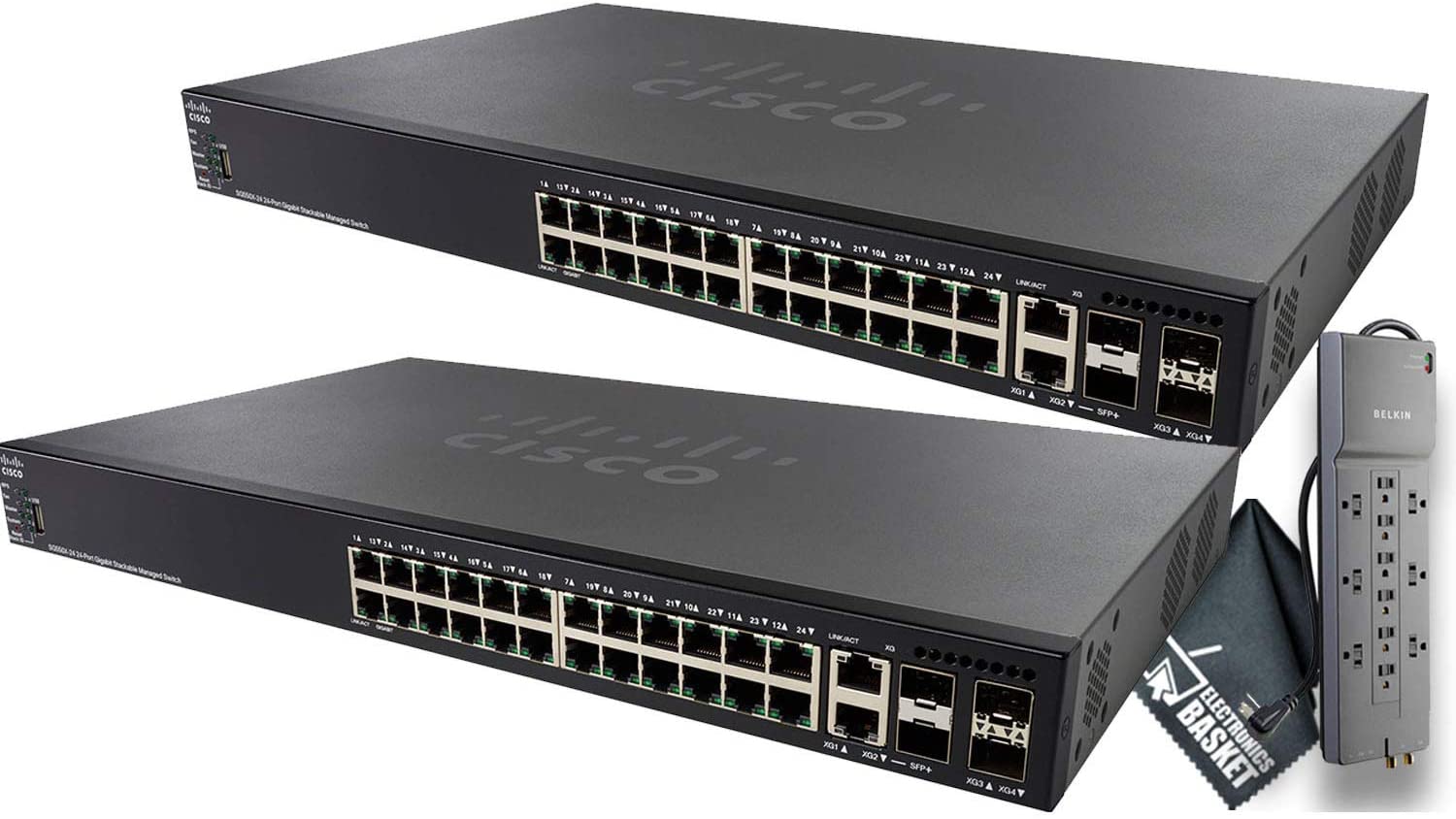 It is suitable for network administrators to configure each Ethernet port to facilitate data transfer with maximum efficiency.

It provides configuration through a command-line interface (CLI). Also, it gives support to Simple Network Management Protocol (SNMP) agents that would be useful in troubleshooting network problems.

The advantage of using managed Switch is that you can create Virtual Local Area Networks (VLANs), giving complete control over network traffic and network segment.

Most managed Switch is designed with Spanning Tree Protocol (STP). It enables managed Switch to perform Quality of Service (QoS) and adjust and configure Switch remotely. 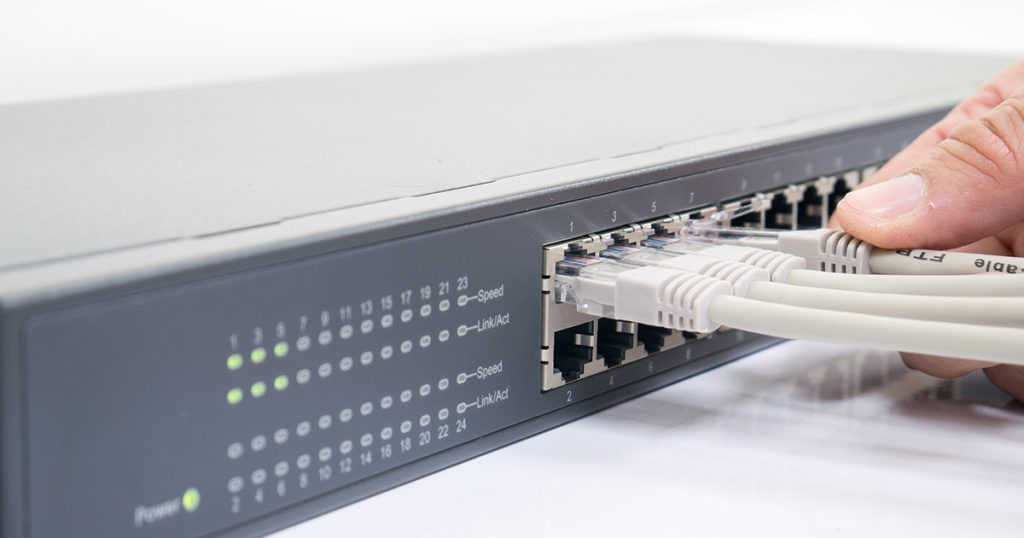 Smart Switch or Intelligent Switch is a type of Managed Switch with limited configuration and management.

Instead, it will not provide full functionality and control; it will let you configure a handful of settings like the choice of duplex mode and VLAN configuration.

Smart Switch is helpful for those who don’t need lots of customization. The advantage of having an intelligent Switch is that it is affordable compared to a fully managed Switch.

Also, it provides some customizable options compared to unmanaged Switch. It is suitable for smaller networks and less expensive.

The disadvantage of Smart Switch is that it does not provide configuration through Command-Line-Interface (CLI); instead, it has Web GUIs (Graphical User Interface).

Also, it doesn’t give support and access for TELNET. 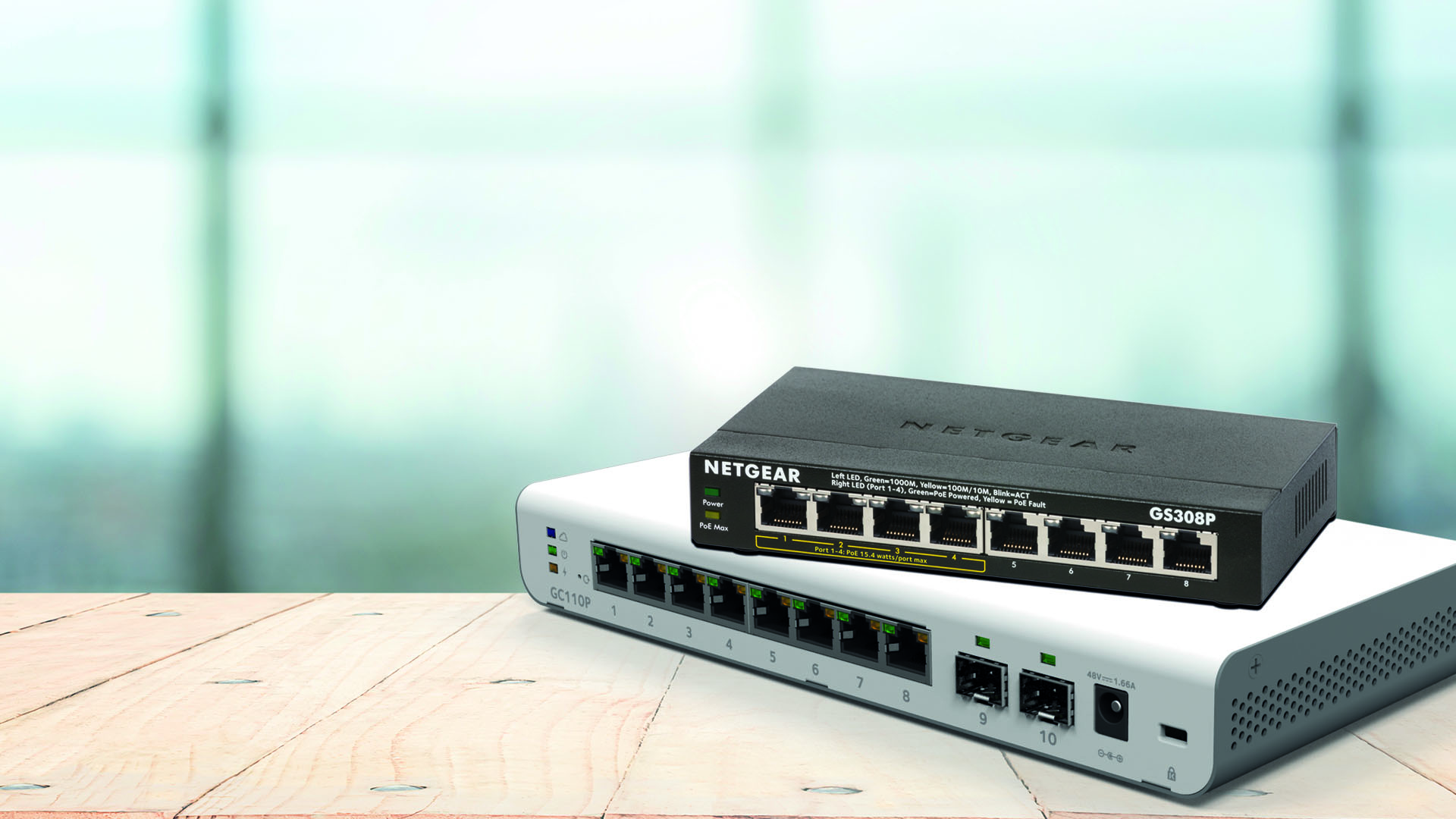 PoE Switch technology can transmit both data and power to the connected devices over the network cable.

In contrast, PoE Injector takes the level up by creating an access point that supports both PoE and non-PoE Switches using Cat 5 cable.

The advantage of the PoE injector is that it can create a home network or small office network without the need for additional power supplies.

The disadvantage of the PoE switch is that it is enabled with 802.3af and 802.3at standard and support devices with these standards.

Increase the number of devices in a network

Network switch helps increase network devices in Local Area Network (LAN). It has many LAN ports that can increase the number of devices in a network.

You can typically get 10 Gbps data speed with a wired network. In contrast, the WiFi speed cannot be more than 6.9 Gbps.

The data sent in the wireless network can be received by all the devices in the network, causing network congestion.

In contrast, network switches will intelligently route network traffic to the correct recipient instead of broadcasting to all the devices.

The WiFi network is not secure and reliable because signals are subject to interference from neighboring networks.

On the other hand, a Network switch is safe, secure, and reliable to transfer sensitive data from one computer to another.

You can look after a different Switch type that fits your enterprises or home network best.

But, before buying a network switch, try to consider the following points.

It would help look after the budget required for enterprises or home networks.

If you like to have a managed switch feature but are less expensive, consider Smart Switch; otherwise, go for unmanaged switches.

Managed Switch gives you complete and extensive customization features and helps in prioritizing your network traffic.

But, if you require only a primary customization feature, consider Smart Switch.

Unmanaged Switch is best if you don’t require any customization feature.

The speed configuration should match Switch’s choice because it helps network performance.

You need to look after a Network Switch with a sufficient number of ports. The network switches can have up to 52 Ethernet ports.

If you are going to expand your network in the future, stackable switches would be a good option for fast configuration.

The stackable Switch has many configuration options which let you configure all switches at once and eliminate the need to troubleshoot individual switches.

A PoE switch will be a good option to provide power to your device and data transmission facility.

A network hub is a central point for all the devices in the Local Area Network (LAN).

The purpose of the Network Hub is to share resources with all the connected devices in the LAN segment.

The LAN segment refers to the local area network (LAN) section, separated from the rest of the LAN using a router, switch, or bridge.

So, when the packets are sent from one of the connected devices, they will broadcast to all the devices connected with the network hub.

Thus, the bandwidth is divided equally with all the connected devices. This way, data packets take more time to reach their destination.

A network switch has removed the limitation of sharing resources equally with all connected devices.

In a network switch, when the data packets are sent from one of the connected devices, it gets delivered to the intended device.

In this way, network switches increase the efficiency of the resources and network bandwidth.

Network switches and routers are often confused and considered as same. But, both devices are different in functionality.

A router can route network traffic from one network to another network. It helps you connect with the Internet and the network within an organization.

A network switch functionality connects devices within a Local Area Network (LAN), but the router can route network traffic from LAN to WAN.

It will help if you know how network devices are put sequentially in a network.

For instance, one of the sequential order is device > hub > switch > router > internet.

Currently, most routers have a built-in Switch that can perform both as router and Switch.

For instance, the home wireless router has both WAN and LAN ports.

A network switch is an essential part of the networking architecture that helps deliver packets from one device to another.

Port mirroring is another advantage of using Network Switch, which helps create a mirror image of the data before sending it to a packet sniffer or intrusion detection system.